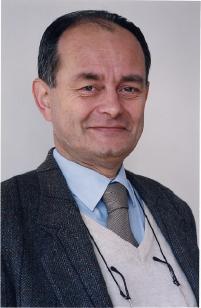 Maurizio Zoboli was born in Modena, Italy and graduated from the School of Engineering, University of Bologna, in December 1972.

In 1981 he was with the Computer Science of UCLA, Los Angeles, as a Visiting Scholar, to work on optical fiber applications in Local Area Network. In 1991 he joined the Dipartimento di Ingegneria dell'Informazione of the University of Parma and in 1999 the Dipartimento di Scienze dell'Ingegneria of the University of Modena and Reggio Emilia as a full Professor of Electromagnetic Fields.

His research interests are in the field of optical communications, with special emphasis on optical fiber waveguide metrology and on numerical modeling of linear and nonlinear optical devices. Mr. Zoboli is a member of AEI, GEm, IEEE and OSA.